CLICK HERE for more information on the Janus Case 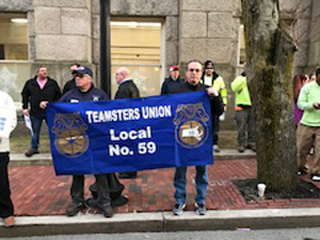 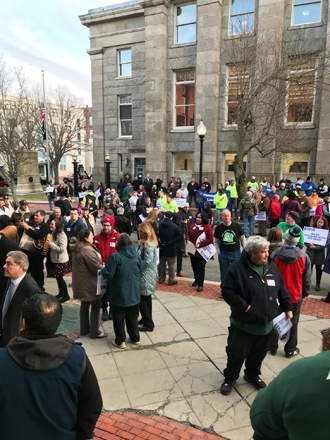 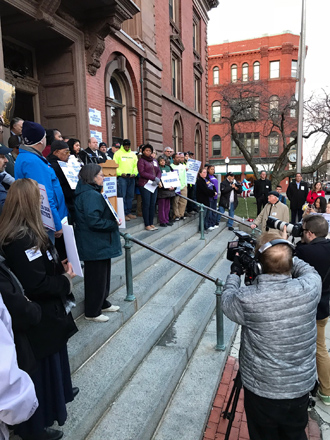 
Ryder Truck Rental Strike In New Bedford Is Over


Local 59 is pleased to announce that after 10 weeks, the Strike at Ryder Truck in New Bedford has been brought to a successful conclusion. Through the resolve of our striking members and the tremendous support from our Brothers and Sisters within Joint Council 10 and the area Labor Community, we were able to achieve substantial improvements throughout the new contract.

On behalf of the Ryder Members, the Teamsters Local 59 Executive Board and Staff, we would like to extend our sincere gratitude for all those individuals who showed their support and solidarity throughout the strike.

Teamsters Local 59 is pleased to announce that after 16 weeks the Strike at Brittany Global Technologies in New Bedford has been brought to a successful conclusion.

Through the resolve of our striking members, we were able to achieve substantial improvements including significant wage increases, lowered insurance contributions, and increased retirement benefits. The contract was overwhelmingly ratified.

The Teamsters Local 59 Executive Board, Staff and striking members at Brittany Global would like to extend our sincere gratitude for everyone who showed their support and solidarity throughout the strike. 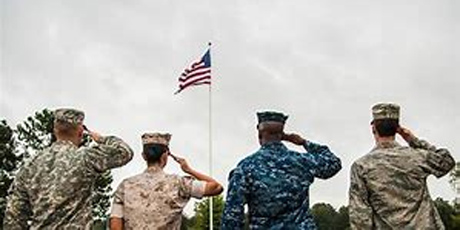 Local 59 is again participating in the Teamsters JCIO Women's Committee Mission which is to send Care Packages to the US Military during the Holiday Season.

The Union Office has a box set up at our location where you can deposit these items. We are also encouraging our Stewards to collect items at each location. The deadline for collection of items will be Friday, November 8, 2019. The Union will make arrangements to pick up any items collected by the Stewards.

Please support the men and women who put their lives on the line for our freedom everyday!

On behalf of Teamsters Local 59 and our members at AFC Cable Systems, I would like to extend my sincere appreciation to all that supported us during the recent 13 week strike. I am pleased to report that on Sunday, July 14, 2013, an agreement was voted on and approved by our members at AFC and on Monday, July 15th, they began the process of returning to work.

Only by the resolve of our striking members on the picket lines and the support shown by others were we able together bring this ordeal to a satisfactory conclusion. 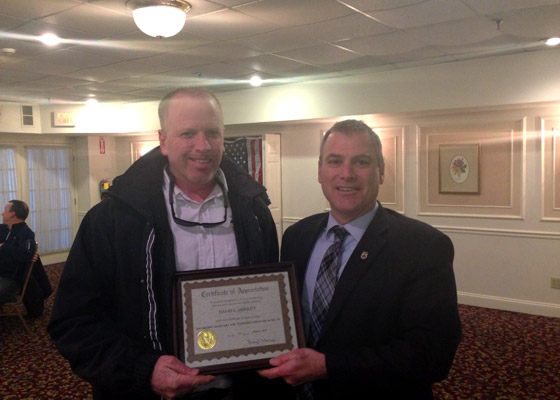 Please note the following results of the Nomination of Officers at a meeting held on Sunday, October 9, 2016 for Teamsters Local 59.


Notice of Nominations and Election of Officers

Nominations for the offices of Secretary-Treasurer and Executive Officer/Business Agent, President and Business Agent, Vice President, Recording Secretary and three (3) Trustees will take place on Sunday, October 9, 2016, at 10:00 A.M. at the Knuckleheads Meeting Room, 85 MacArthur Drive, New Bedford, Massachusetts. The terms of office will commence January 1, 2017, and be for not less than three (3) years. The two (2) full-time positions will be Secretary-Treasurer and Executive Officer/Business Agent and President/Business Agent. All remaining five (5) positions will be part-time.

To be eligible for election of any office in a Local Union, a member must be in continuous good standing in the Local Union in which he/she is a member and in which he/she is seeking office, for a period of twenty-four (24) consecutive months prior to the month of nomination for said office and must be eligible to hold the office if elected. "Continuous good standing" means compliance with the provisions of Article X, Section 5 concerning the payment of dues for a period of twenty-four (24) consecutive months together with no interruptions in active membership in the Local Union for which office is sought because of suspensions, expulsions, withdrawals, transfers or failure to pay fines or assessments. Provided, however, that if a member on withdrawal deposits his/her card in the month immediately following the month for which it was effective and pays his/her dues for both months in a timely manner as provided in Article X, Section 5 (c), such period of withdrawal shall not be considered a break in continuous good standing in the Local Union. In accordance with the Local Affiliated with Teamsters Joint Council No. 10 Union By-Laws, Section 16, C.2, "No member shall lose his good standing status for any month in which his dues have been withheld by his employer for payment to the Local Union pursuant to his voluntary authorization provided for a collective bargaining agreement, by reason of delay or default in the payment of such dues by the employer to the Local Union."

Under Article X, Section 5 (c), dues 'are payable on the first day of the month and must be paid on or before the last business day of the current month.

The election of officers, if such be necessary, will be conducted by mail ballot. Slate voting will be permitted. To be eligible to vote, a member must have his/her dues paid up through the month of October, 2016, by Wednesday, November 23, 2016 - 12 noon. Ballots will be mailed to the most current address contained in the Local Union's records as promptly as possible following the nominations meeting. Members who have not received a ballot by November 12, 2016 should contact the Local Union Office. The voting will be held from November 5, 2016, through November 23, 2016, midnight. The Ballots will be picked up at the Post Office at 9:00 A.M. on Saturday, November 26, 2016, and counting will commence at 10:00 A.M. Members not on check-off or who are on lay-off are advised to pay their dues through the month of October, 2016, in advance of the date of the cut off (November 23, 2016) to insure that they are eligible to vote.

Instructions for the completion of your ballot will be enclosed in the ballot package. This is a secret ballot vote. You should mark your ballot in private and mail your ballot, sealed in the secret ballot envelope to the designated post office box in the postage paid envelope provided. Do not give your ballot to anyone.

Elected officers of the Local Union shall, by virtue of such election, be delegates to any Joint Council with which the Local is affiliated as well as to any convention of any subordinate body, that may take place during their term of office. Elected Local Union officers shall be delegates to such conventions in the order of priority set forth in the Local Union By-Laws. If the By-Laws do not set forth an order of priority, the principal executive officer shall have first priority, followed by the remaining elected officers in the order determined by the Executive Board.

TEAMSTERS UNION LOCAL NO. 59 EXECUTIVE BOARD


• Download Notice of Nominations and Election of Officers (2016) - (PDF Format)

Notice of Local Union Plan Submission Form To All Members of Teamsters Union Local No. 59

The proposed Local Union Plan to nominate and elect delegates to the 2016 IBT Convention to be held in Las Vegas, Nevada in June, 2016, was submitted to the Election Supervisor on August 10, 2015.

The Election Plan is available for inspection at the Local Union Office at 27 So. Sixth Street, New Bedford, Massachusetts, by any member of the Local Union, any candidate for International office, and by the International Union or any subordinate body. Upon request, each of the foregoing has the right to obtain a copy of the Plan at no cost. Inspection may be made during the usual hours of the Local Union Office, which are Monday, Tuesday, Thursday and Friday 8:30 a.m. to 4:00 p.m. and Wednesday, 8:30 a.m. to 12:00 noon. Saturday the office is open from 9:00 a.m. to 12:00 noon.

Notice of Local Union Plan Summary To All Members of Teamsters Union Local No. 59

Nomination Notice For IBT Local No. 59